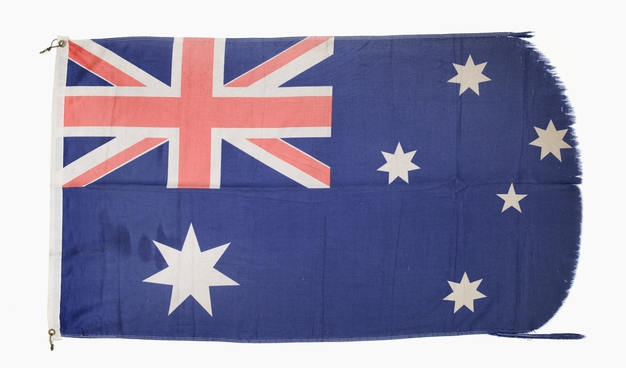 A GOOD ARMY EXCEPT FOR THE AUSTRALIANS By Roger Wickham, 4 RAR

A good army except for the Australians:

Warrant Officer Class I, L E (Paddy) Brennan MBE, was my RSM at the Officer Cadet School, Portsea (OCS) and when I marched into 4 RAR early in February 1964, I did the only thing that a new, intelligent, career-minded, young 2Lt would do when I discovered that my new RSM was the same Paddy Brennan – I hid !!
A South Korean general was due at Terendak and it was decided to have a combined ANZAC Guard to welcome him. I carried the Regimental Colour of 4 RAR and Lt Jim Brown MC, carried the 1 RNZIR Regimental Colour.

Paddy trained the guard of about 60 all ranks. Initially Paddy shunned and unshunned and turned us left, right and about until the Kiwis got the grasp of his method of giving orders. We were left at attention when suddenly Paddy smartly marched off to the end of the parade ground, some 100 metres away. Not surprisingly, we could only just see him but we could hear him well enough. He then gave us some orders which left us back at attention. He then bent forward as if to get a better look at us.
He then yelled, “Sometin’s not right with you, girls!” Two more orders, then, “Nah! The whole t’ings out of balance. One of you sheilas is screwin’ up ma guard.” Then he leaned forward again, “I t’ink it’s one of you Kiwis! Prove da girl whose stuffin’ up ma guard!”
Naturally there was much murmuring among the Kiwis. “Hey, boy. Who is this lunatic talking about?”
“Quiet back there!” said Jim Brown, no less puzzled than the rest of
us.
Finally Paddy yells, “No 2 in the rear rank, prove!” and a Maori snaps out his left hand.
“Sir!”
“One pace left front march!” Bang, bang!! “No 3 in the rear rank!”
“Sir!”
“Check out No 2; he’s lopsided!” (Man, what is this boy talking
about?) “Well??” yells Paddy.
“He seems okay to me, Sir!”
“Nah, nah! Dere’s sometin’ wrong! Check his puttees and pockets!” This was done with much low-key mumbling. “Well??” yells Paddy.

“Yes, Sir. He’s got a back pocket button undone, Sir!”
“I tort so!!!” screams Paddy. “Messing up ma guard! Do it up, girlie!
And Mr Brown, Sir?”
“RSM!” answers Jim.
“I’d appreciate it if you would dress your guard before you bring ’em over here in the morning!”
“I certainly will, RSM. My sincere apologies.”
Needless to say, the Kiwis were floored and so were the Diggers.
How on earth did this mad Irishmen see an undone BACK pocket button from 100 m away? There was only one Paddy Brennan. God rest his soul.

The incomparable Scotsman, Jock Richardson, CSM B Coy, who went on to become RSM of the OCS, was also one of my instructors at OCS Portsea and the moustachioed Welshman, Tony Toghill, RSM 4 RAR, could throw his hat into the ring with any of the legendary RSMs.
My unique English platoon sergeant, 53298 Sergeant (later WO2) Denis Neville (Denny) Cook of Royal Marines and SAS fame, deceased now but may he rest in peace, always assured me that the Australian Army was a “bluudy good army stooffed up by a few bluudy Australians”.
Not to be outdone by some Irishman, Warrant Officer Class One A C (Tony) Toghill MBE, now RSM, lined up the first defaulters for CO’s Orders after our return from Borneo. There were seven of them, all Nashos who came directly from Oz to Terendak. On their first night in camp, the old sweats took them out for a night on the tiles. They were left unbriefed (in more ways than one) and ignorant in a brothel and sure enough at midnight, in walked the Redcaps and rounded them up.
So, on day two in country, our heroes are completely perplexed as to how they got to be with no hats, no belts, under escort, lined up, standing at ease outside the RSM’s office and invited to have morning tea with the CO.
The RSM had stood at the door to my office at Bn HQ, put his cap on, returned his pace stick under his arm, tweaked his incredible waxed 8” moustache and asked me, “How do I look?”
“You look magnificent, RSM,” I answered.

He replied, “You are a very astute young officer,” then he turned about and, standing his full 6’ 2” with moustache quivering, he screamed, meaning that he could be heard over the entire Terendak Garrison, “Defaulters!! Ah-ten-cha!!!”
Moving to the first defaulter in line, he bellowed, “What’s your name, soldier?”
“Smith, Sir,” squeaked the absolutely terrified prisoner. “Where are you from, Private Smith?”
“B Company, Sir,” was the cringing reply.
“What are you charged with?”
“Out of bounds, Sir.”
Deathly Silence.
Then in a voice that could easily be heard in Brisbane and Bangkok,
“OUT OF BOUNDS???? OUT OF BOUNDS???!!!! So! Not only a military criminal, but a dirty little military criminal who’s been found out of bounds as well! Does your mother know that you are a dirty, little military criminal, Private Smith?”
Not surprisingly, the brand new Digger all but evacuated his bowels.
This lesson was not lost on the other six, each of whom was terrified
that he would be next to have his name and crime broadcast over the entire garrison.
With an incredible amount of noise from yelled orders and the crashing of boots, Private Smith was quick marched into the CO’s office, duly found guilty and marched out with even more noise, banging of boots and booming voices and halted beside the unfortunates still awaiting trial and their inevitable fate.
A deathly silence then settled as the RSM positioned his mouth five centimetres to the left rear of Private Smith’s left ear.
Then in the Brisbane/Bangkok voice, “Private SMITH of BEEEE COMPANEEEEEY of the 4th Battalion, the Royal Australian Regiment, you have been found GUILTYYYY of the charge of OUT OF BOUUUNDS. You have been fined FOORTY DOLLAAARS AUSTRALIAN, sentenced to SEVEN DAAYS IN THE SLAMMER and CONFINED TO BARRACKS FOR FOURTEEEEN DAAAYS !!!!”
A very, very pregnant pause.
“From here you will be transported back to Australia in chains as a
military criminal!!” “Sheriff!!! (Sgt Curley Jones, the Regimental Police Sergeant). Grease the hinges!!! Polish the handcuffs!! You have a prisoner!!” Not one of those seven was ever charged again.

They probably haven’t had sex or slept without nightmares since that moment: nor would most soldiers who were within hearing range that day. I’m glad that I already had my children because I haven’t had sex since either and I was the Assistant Adjutant and only a witness to the proceedings. How can we put a value on that lesson for young diggers on their first foray overseas?
May all regiments be lucky enough to be blessed with the likes of Paddy Brennan, Tony Toghill, Jock Richardson and Denny Cook.
Quote!
Whenever you have plenty of ammo, you never miss. Whenever you
are low on ammo, you can’t hit the broadside of a barn.

A GOOD ARMY EXCEPT FOR THE AUSTRALIANS By Roger Wickham,…