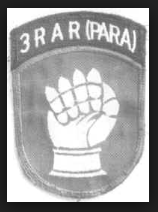 AWOL (Absent without leave) By Freddy Warren, B Coy 3 RAR

It was September ’89 and we were going on exchange to Hong Kong with the Gurkhas. At the time I was chasing a girl and stayed at her place the night before, woke up late and missed first parade by about 15 minutes. The CSM was majorly pissed off. He informed me I would be charged when I got to Hong Kong. Anyway, we got there and everyone was given two days’ leave. The CSM talked to the unit RSM and asked him to put me in the unit cells for the weekend. All good, to be expected, except this was the colonial British Army. As everyone else headed out to the bright lights of Honkers, I was put on the prison barge to the Alcatraz-like British military prison on an island in Hong Kong Harbour. I arrived and was escorted to my cell by two big British MPs. When I say cell, I mean into underground dungeons with iron bars and dripping water – the whole nine yards! Made Man in the Iron Mask look like a kindergarten birthday party! There were some sullen Gurkha prisoners in other little dungeons. When my first meal was brought to the cell, the MP asked me why I was there. He did a double take when I told him 15 minutes AWOL. “That bloke murdered his platoon commander over a tribal dispute and the other one raped a Chinese girl. One’s waiting to return to Nepal to be hung,” he explained. “This is a proper prison, not unit cells!” ‘Gonna be a fun three nights,’ I thought.
Anyway, a few hours later, about 9 o’clock on a Friday night, the MP returned, unlocked my cell and took me up to a little garrison cottage where they lived while  on duty there. It had an open verandah and they were all having beers and relaxing, looking over Hong Kong Harbour.
“Have a beer,” they said. “You shouldn’t be out here. We thought you had bashed an NCO or something serious.” I thought this was okay; they gave me my personal gear and wallet etc and told me I had the run of the island. They gave me a bunk in some lines near the dock and jetty and told me to come down to the range and shoot the next morning. This was a bit more like it I thought.
So, the next morning I spent shooting rifles on this specially baffled range in the middle of Hong Kong Harbour. I spent the rest of the day in the sun and had a few more beers at their boozer before getting to thinking. All my mates would be out in Kowloon, blowing their pay. How could I get over there from the island and just as importantly back the next day before the MPs noticed? Not that the MPs would probably mind but they had been pretty cool, so I didn’t want to piss them off. I asked a Chinese gardener dude how he got to and from work. In broken English he explained that a garbage barge left the island every night at 8 o’clock and returned every morning at 7 o’clock, taking garbage off and bringing food and local Chinese workers in the morning. A plan began to hatch.
After dinner that night I had a beer, said goodnight to the British MPs and made myself scarce. I grabbed all my Hong Kong money, chucked on my civvies and at about 19.55 slipped down to the jetty. Yep, there was the barge, with a half dozen civvies milling around, chucking rubbish bins on board. As they got on, I just got on with them. They looked a bit funny, but hey, if the tall Caucasian bloke wanted to ride the garbage barge, who were they to question? I sidled up to the barge ‘skipper’, slipped him some cash and make a “shoosh” field signal. He wasn’t silly; pocketed the cash and offers me a brew for the 30-minute trip over the harbour to the Royal Navy base. So far, so good! What could possibly go wrong?

So, I got off the barge at the Royal Navy base and asked a pisshead what the go was. He told me there was a boozer on the base with cheap booze. Logic prevailed and I went there. Of course three or four of my mates were already there and after a brief reunion they returned to chatting up the Royal Navy nurses that were there. After a few hours, we all headed out to a club with nurses in tow. At the club the nurses were typical mouthy, white-trash Poms. After a lot of rum, they told us if we were paratroopers, we should prove it! So I decided it would be a good idea to prove how tough we were by eating a urinal block. I’d seen guys do it in Australia so one of the guys fetched a ‘fresh’ one from the urinal and I chucked it in my mouth and washed it down with rum. Bad move! It got stuck in my throat and not only could I barely breathe but the rum and Coke caused the block to foam up and start foaming out of my mouth.
This was serious. I was barely able to breath and with me foaming at the mouth, the bouncers booted us out! We decided that I’d better get to a hospital, but funnily enough taxis wanted nothing to do with a convulsing soldier. One of the guys decided to hijack a cab and threatened to kill the driver if he didn’t take us to a hospital. Off we went, with the terrified driver going against the traffic and dumping us at a hospital. At the hospital pandemonium reigned. My mates were screaming at Chinese medical staff, who didn’t understand English. I was still foaming like a rabid ape, the nurses were screaming and there were already about 300 locals who weren’t keen on seeing a foaming round-eye jump the queue! Finally, they grabbed me and said they’d X- ray my throat! They put me in a darkened waiting room, and as my eyes adjusted, to my horror, I realised it was the mortuary room! An old lady dead on a gurney was in there with me! I got up and staggered out into the waiting room, trying to yell while choking and foam spraying out of my mouth! More chaos! Suddenly I power-spewed, probably from the poison from the urinal block. It dislodged the now shrunken block onto the floor. One of the staff scooped it up, put it in a bag and gave it to me. They told me to wait so they could check me – no dice. We made tracks with the Pommy nurses in tow and my throat throbbing! Back on the rum, we laughed and giggled like buffoons. As it got towards 6 am, my drunken mind returned to getting the garbage barge back to my island home. Fuck! That meant getting back in the Royal Navy base.
Anyway, we got a cab, returned to the base and got dropped short –
three hundred metres. As we walked to the gate, we noticed MPs on the gate as well as the Gurkha’s guard. Uh oh! We walked up. Lots of sissies were staying in the Navy base so they weren’t surprised to see us. They were Gurkha MPs these ones, not PJMs like out on the island. In rudimentary English they explained that someone had been admitted to hospital the previous night and had also threatened a cab driver and caused havoc at the hospital. They wanted to know if we knew anything about it. We put our innocent faces on. Us? Oh no, not us. Well, they asked for our ID cards as they had a name! With a sinking feeling, we got our ID cards out. They looked at the cards. No, no, no? We asked them for the name. Warren Fredrickson! Fortunately, they didn’t notice that it was my name – last name first, first name last – Army paperwork style! Could I be so lucky? With a final suspicious look, they waved us in and I bolted for the barge, with a sore throat, feeling like death warmed up and tasting urinal block every time I burped! I still had to face the charge, but for the moment had avoided the shitty sandwich of being AWOL while AWOL. LOL.
I got back to the island and slept all day. The Poms said nothing that afternoon. On Monday morning I was sent to the Gurkha base, charged and two weeks’ ROPs. There was some mumbling about British Navy guys impersonating sissies and causing trouble. I was told to keep my nose clean; no one suspected me because I was not just in jail, I was in jail on an island!
My mates and I went ‘bush’ to the Chinese border in the New Territories, hunting smugglers and illegal immigrants for two weeks anyway. So no ROPs out bush. We returned and spent the rest of the exchange doing all sorts of stuff. We got on the Hercules to head home and had to divert to Guam with engine problems. We were stuck there a week and I got a throat infection, yes from the obvious. I was sent to the USAF hospital for a week. The nurses loved my Aussie accent and took me on day trips to the beach. To be honest, I was ‘cured’ after two days but the rest of the company was confined to barracks so the nurses kept me there as the place was empty. I loved it!