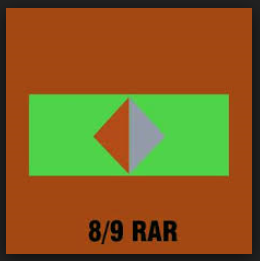 It goes without saying that the Army, and in particular the battalion, always encouraged, and in fairness provided every means possible for you to represent the unit, whether it was Rugby Union, Aussie Rules, hockey, cricket etc.
In my case it was football (you Aussies call it soccer). On a number of occasions I was sent back (with many others) to camp from an exercise, just to participate in an IMPORTANT game… as far away as Rockhampton on one occasion. With written requests for jack rations and durries stuck in my pocket, it was always good to get back for a game, albeit sometimes it meant only 24 hours or less.
When we played the RAAF, it was always a game with that extra bit of feeling. Sure, we had tough and physical matches against 6 RAR – our sister battalion but they were always played reasonably fairly. Punches were hardly ever thrown as I think both sides felt it would be a bloodbath both ways.
Anyway, the RAAF would fly guys in from places as far away as Malaysia if it was an important game. Playing 8/9 RAR and 6 RAR were always deemed important games.
The trip out to Amberley always seemed to take forever but at least that gave us time to smash a couple of cartons on the way home together by mini bus.
This particular game we knew it was going to be full on. All their ‘superstars’ were there warming up, glaring across at us. There was no ‘G’day, how you going?’ small talk. It was RAAF versus INFANTRY and we all knew it.
Both teams started with the normal 11 players and two reserves, and I can report that after 90 minutes 8/9 RAR won 3-2.
The aftermath – there were seven RAAF players left on the field and nine 8/9 RAR players. The damage RAAF – 1 x broken leg, 1 x suspected broken ankle, 1 x broken nose, 1 x broken arm and 2 red cards. For 8/9 RAR – 1 x rib cartilage, 1 x twisted ankle and 2 red cards. FUCK ’EM!

At a separate incident we had a guy called Heinz Teitz, a six-foot blond-haired SS-looking guy, and yes, he was of German descent. Good bloke, good soldier, but FUCK did he have a temper. You know how sometimes you size someone up, and in the back of your mind wonder if you could take him if you had to.
Well, one day when we playing the RAEME workshop guys at Bulimba in Brisbane, Teitzy answered that question for me, without him ever knowing it.
Teitzy was playing right wing, and I was playing left half (on the other side of the field) when one of their players took exception to one of Teitzy’s tackles. The bloke got up, carrying on like the proverbial in front of him, and without a single word of reply, Teitzy punched him straight in the forehead.
Fuck me! It sounded like a rifle being fired. CRACK! It split this guy open from the top of his scalp to the bridge of his nose. He SCREAMED and SQUEALED, with blood going everywhere. We were all laughing as he was taken away, and psychologically they were fucked after that and we smashed them.
As a footnote: I ensured that I became quite friendly with Teitzy after that day, and never sang Two World Wars and One World Cup in front of him EVER again.

Quote!
If your ambush is properly set, the enemy won’t walk into it.