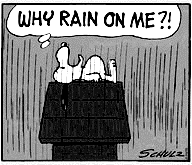 Posted at August 30, 2018 in Uncategorized by admin Comments Off on BLANKS By Brendan ‘Chook’ Henley, 3 RAR

When I was in 3 RAR, we always jumped in, secured an airfield for the ODF, then after three days became enemy. Anyway, on this ex we were enemy for 2/4 and they were doing heliborne ops. I was in B Coy 6 Pl 9 Sect and I was the No 1 scout so I carried the M16 and as was the case more often than not the BFA (Blank Firing Attachment) as shit. I continually had IAs of rounds in the chamber, no rounds in the breach.
We had time on our hands and boredom setting in (a deadly mixture – diggers and boredom) while 2/4 got their shit together to attack us. The No 1 rifleman, Neville ‘Nifty’ Denton and I decided to have a look at the problem.
What we came up with was, that if you cut the plastic off the blank 7.62 mm round, which just leaves you with the metal bit that the cap is in, and pry the fired cap out, then you unscrew your flash suppressor with your bayonet and take it off, that the metal bit of the blank round fits very nicely into the end of the barrel and you are still able to screw the flash suppressor back on. When we test fired it, it worked great. The hole where the cap was enlarges slightly. Enter 2/4 RAR attacking our section position and the looks on their faces were priceless when I opened up with full auto with no BFA on. They shit bricks. The fire and movement improved no end.