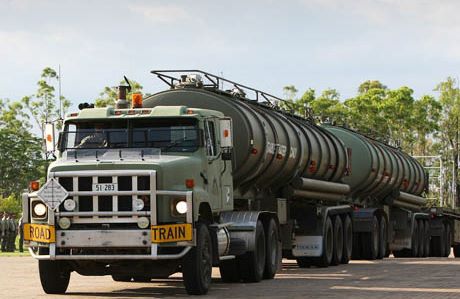 Posted at August 30, 2018 in 16+ Language Warning, Uncategorized by admin Comments Off on BUSTED By Logan Trinity, 1 CSSB, OJT as a clerk

A corporal from 7 RAR was sent to Kapooka after 1 RTF – I think it was as an RI. While there, it was a long weekend – a public holiday. He thought, ‘Fuck yeah,’ and didn’t show up to work. They tried calling him but no luck. The next he went to work as normal. They asked, “Where the fuck were ya?” He replied he was at home cos it was a public holiday; why would he go to work?
Yeah, he ended up getting demoted to LCPL and then demoted to PTE after being drunk or assault or something. Ooops.

Quote!
One enemy soldier is never enough, but two is entirely too many.