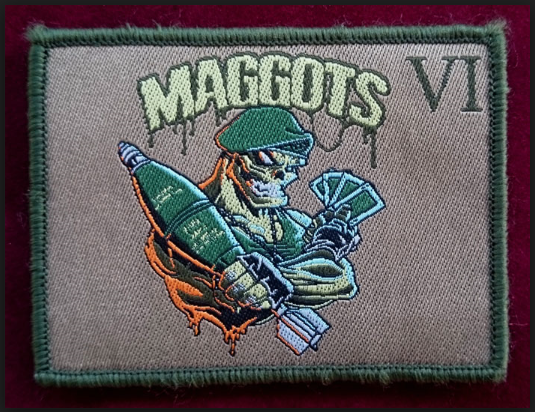 It was December 1983 and the sporty’s bar located at the end of the 6 RAR mess was firing. We had just finished a successful day belting the sheep shaggers over at 8/9 RAR in cricket, the rigged chook raffle run by Blue Scorer and Rick Piggott had again been won by a single living “inney” and the gambling had started. A non-descript short guy in very casual gear approached our poker game and asked if he could get a seat at the game, only to be told that gambling was illegal, as set down by the CO at the time LTCOL P J Langford. If we got raided, he was to do a runner and if caught, to say nothing. This guy was amazed that gambling was prohibited on cards and told us that being a Vietnam veteran he found it very un-Australian not have a small punt among friends.
“So what’s your name, mate?” I asked.
“Adrian,” he replied, so the usual introductions took place.
“This is Davo, Johno, Robbo, Chook, Pig and Boxhead etc. Nice to
meet you, Adrian. Grab a stool and let’s see the colour of your money you will be leaving behind.”
We got down to the game and instantly took a shine to this bloke
because he was losing money faster than Alan Bond, who had just won the Americas Cup. However, the only mark on his character was the incessant questions about 6 RAR, their officers and SNCOs. What was the morale like? Did we win on the sporting field? Were we battle ready?
Adrian suddenly asked me, “Hey, Macca where do you take a piss?” I told him about the lines down the bottom of the hill 100 metres away or to use the pissing tree outside the front of the sporty’s but not to get caught because RSM Bland had made it a prevalent offence to have a slash there.
Adrian wandered out to the tree and was happily relieving himself when the guard accosted him and marched him to the guard room for a charge and incarceration in the cells.
On arrival at the guard room the guard commander very curtly asked him, “Okay, dickhead, you know you are not allowed to piss on the tree. Name, rank and company,” to which he responded, “LTCOL Adrian D’Hage MC, Commanding Officer 6 RAR.”
For those present in the room, it was apparently hilarious to see the GC tongue-tied and go into a cold sweat, with thoughts of back-to-back guard commanders for the next two years. When word hit the sporty’s via the grapevine seconds later, the place erupted with laughter.
The CO had covertly snuck into the unit to gauge the level of morale for himself; he went on to be the greatest CO I have ever served under in 23 years’ service. We won every sport including the marbles under his command and were also successful in winning the Duke of Gloucester Cup, which is a prized award for the best section in the Australian Army Infantry Battalions. Adrian D’Hage in retirement is now a successful best-selling author.