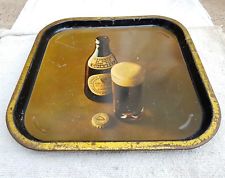 Posted at August 30, 2018 in Uncategorized by admin Comments Off on CONGRATULATIONS MR VICE By Alan Price, 4 RAR

Whilst serving at the Infantry Centre, I had just been promoted to sergeant the day before a scheduled visit by the then Director of Infantry, Brigadier David Thomson MC – my former battalion commander in 4 RAR. I was notified by the RSM, WO1 Arthur Stanley, just 30 minutes prior to the Director’s visit to the Sergeants’ Mess that because I was officially Mr Vice (the title given to the most junior sergeant in the mess), and that I had served in the same battalion as the Director, that I would act as the “drinks boy” when the Director visited the Mess. Although he invited me to do the job, it sounded very much like an order and of course, I complied.
My briefing was that I would prepare a silver tray with two beers on it just prior to the entry of the Director and the RSM. After the Director was introduced to the mess members, I was to approach the RSM with the drinks tray and the RSM would offer the Director a drink. I was to then hover in the background until the RSM’s drink was one inch from the bottom of his glass, he keeping pace with the Director, and to again present the tray with two full glasses. I did this with such professionalism and aplomb during the long evening that I surprised even myself.
It wasn’t until the next day that I was called to the RSM’s office to explain why his President’s Card (the authority for the RSM to write off minor entertainment expenses) read three drinks for every service of the tray instead of two. I had been set up by another very senior WO1 who explained to me that Mr Vice also took advantage of the President’s Card when performing official duties. This of course was not true and I very nearly became a corporal again.
This event was rather compounded by the events of the previous evening when, at my introduction to the Mess as a newly promoted sergeant and after having shared a beer with the RSM, I asked him if he would like ‘another drink’. He immediately squared his shoulders, looked down his nose at me and asked me why I had intimated that he, my RSM, was a drunk. I had no answer of course and slowly bought my feet and backside to the position of attention whilst my mind raced to remember what I had said. The RSM then reminded me (instructed me) that I should never ask a gentleman if he would like ‘another drink’ as that implied that he had already had one and that might further suggest that he had a drinking problem. He stated that I should ask, “Would you like a drink, Sir?”
We are a funny lot aren’t we? But what a way to introduce a young soldier to the fine art of good manners! I would not have changed my experiences for all the money in the world except for the two times that I was standing to attention in front of the RSM wondering what I’d done and whether my sergeantship would last more than two days.
A very short while later at the Sergeants’ Mess Christmas party I was introduced to the gathered mess members and guests as Mr Vice and as the youngest sergeant in the Australian Army. I wasn’t, and perhaps I should have been introduced as the newest sergeant in the Australian Army or even the most junior sergeant in the Australian Army. As luck would have it, I was feted by the mess members.
Of course I spent the next couple of days in dread, waiting for the phone call that would again see me standing on the mat at attention in front of the RSM’s desk, but it never came.