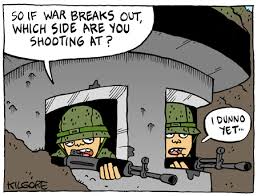 Posted at August 30, 2018 in 16+ Language Warning, Uncategorized by admin Comments Off on FOOKARWIE By Anonymous

As a newly arrived 2nd lieutenant within the company, even though he was highly educated, he wasn’t very streetwise and even less so in a bush environment. After a number of disastrous patrols out on operations, when his platoon seemed to always be misplaced and behind schedule with marrying up with the rest of the company, it was decided that he was better suited to an administrative roll within the battalion and was replaced.
Unfortunately the platoon he led was given the unenvied nickname “The Fookarwie” as many a time the troops were heard to ask, “Where the fuck are we?”