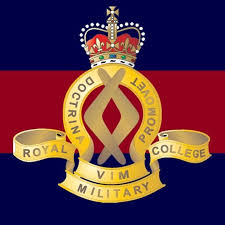 Posted at August 30, 2018 in 16+ Language Warning by admin Comments Off on ME & VEG AT RMC By Grant Blakely, Training Support Platoon, RMC

With my initial enlistment almost up, I had some serious decisions to make, like do I stay and hope I get to do some soldiering or do I get out? With less than six months to go, an opportunity arose to be posted to the Training Support Platoon at Military Training Wing, RMC (Royal Military College) Duntroon, so I grabbed it with both hands and re- enlisted. The time I spent with Training Support Platoon was without doubt the most fun and educational time I spent in the Army. This platoon was made up of senior diggers from all of the battalions, bringing together all the talents and abilities of the battalions and was known as the most senior platoon in the regiment.
Our primary role out bush was to play enemy for the officer cadets. It was this task that I really enjoyed because for the first time I was able to practice skills that I had not used since IETs (initial employment training) such as navigation. After a while, these bush exercises became boring and soon we were looking for ways to break the boredom such as playing practical jokes on each other or the other favourite digger pastime of seeing how far we could go stretching the rules and regulations. One exercise stood out more than any other for fun. I was with a guy from 3 RAR who was known by the nickname of Veg. His father had served in the Yugoslavian Army. Anyway, we were sitting on top of a hill with me about 20 feet behind Veg, awaiting the officer cadets to put in an attack. It wasn’t long before the attack happened up this long hill. As the battle raged, I became bored and thought how I could stir Veg up. An idea came into my head so I took the BFA (blank firing attachment) off the end of my rifle. The BFA is needed so that the rifle can cock itself automatically. I grabbed a spent blank round, stuck it in the flash suppressor and carefully aimed it at Veg’s backside. BANG! It was like slow motion as the plastic cartridge made its way to Veg’s backside and hit him bullseye. In a spilt second Veg stopped firing and was up on his feet, dancing around like a Mexican dancer holding his backside. After the pain subsided, Veg picked up his rifle, took the BFA off and proceeded to stick a spent cartridge in the muzzle and fired back at me, all the time yelling, “Take this, ya bastard.” This fun finished soon due to the fact that the cadets were closing in on our position.
Prior to the exercise, I’d told Veg that I was going to bring a two-man tent because I was wanted a bit of luxury. Veg asked if I’d get into trouble so I replied, “Mate, how many times does the DS (Directing Staff) ever visit our campsite?” to which he replied, “Never.” So I said, “What are you worrying about then? Trust me.”
Fast forward about two weeks and we are out bush with our non- camo two-man tents set up. It was just on sunrise when I heard noises coming down the track. I let Veg know somebody was coming and within the minute, a figure appeared out of the mist. When I recognised who it was I told Veg that we were in a world of trouble and that was putting it lightly. When he asked why, I replied by saying, “It’s the RMC RSM,” who at that time was the seventh most senior NCO in the Army. As everybody knows, RSMs don’t like seeing rules bent and have very short tempers. As we stood there getting ready for a blast, the RSM in his deepest voice asked, “WHO THE F–K owns these tents???” I looked back at Veg, and then looked at the tents, all the time thinking surely he can’t be that stupid not to know who owns these tents. In an ‘I’m going to lose my manhood very very soon’ voice, I said, “We do, Sir.” The RSM looked at the tents, looked Veg up and down then gave me the up- and-down look and proceeded to laugh.
“Had you diggers worried, didn’t I?” he joked, at which point Veg and I let out a very relieved laugh. The RSM told us that was the best idea he’d ever seen in the Army and next time he went bush he was going to get a two-man tent.
We had many funny times at RMC but these two for some reason seem to stick out.