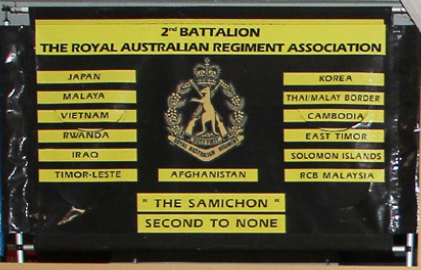 It was 2003 and within the earlier months of the year, roughly late January or early February, Delta Company 2 RAR was the online company leading over the 2002 Christmas and 2003 New Year period. For those of you who don’t know what the online company is, it’s the company from the online battalion who are working over the holiday period and always a phone call away just in case something happens and we get a call out.
Anyhow, the company had been doing some pretty heavy training over the holiday period and as soon as the rest of the battalion returned from their leave, all the major exercises started up including Sea Lion or Swift Eagle or whatever it was called that year. These exercises always involved the US Navy and our Navy, also parts of each of our respective Armies, who floated pointlessly around on our ships for a couple of weeks, running up and down the coast of Queensland. At this stage, being absolutely bored off our arses, and when diggers get bored, shit happens, especially in the confined spaces of a 50-year-old boat that has fuck all to do onboard. I think at the time it was the HMAS Tobruk.

Andrew Weaver, being a good mate of mine, used to be able to do this cracking impersonation of Eric Cartman and could be heard in various conversations utilising the voice.
As everyone knows, the ships have a strict protocol when it comes to the PA system and no one but the required personnel is allowed to touch it as they class it as unauthorised use and a chargeable offence. Well, one morning before the customary glance, as the wake-up call, this Cartman voice comes over the PA.
“Wakey wakey wakey, this is your captain speaking. Get out of bed, jolly good one and so on and so on…” About two minutes later as we are all still pissing ourselves laughing, another voice comes over the radio.
“Major Adams report to the captain’s office immediately.” Major Adams was Delta Company’s commander. We all had a laugh about this for a few days, as the whole company knew it was Weaves being his usual self and after the exercise we didn’t think much more of it.
About three months later the company had just finished an exercise at High Range and we were sitting on Puk Puk airfield at about 0300 waiting for caribous to lift us back to Townsville. Weaver was sitting there making a brew as we were waiting. He started going off loudly in his Cartman voice, when the OC came flying down the airfield.
“I know that voice. Who was that?” We all started pissing ourselves laughing, remembering the incident on the ship. However, no one gave Weaves up and he didn’t fess up.
The OC stood there and told us about his morning on the ship when he was standing in the shower and got the call to report to the captain’s office. He apparently fronted up to the captain and the captain tore shreds off him, as we were the only soldiers aboard the Tobruk so clearly it was one of Adams’ men. I think he may have copped a few extra piquets on the ship.
Talking to the OC a few months later whilst deployed in the Solomon Islands, a few of us blokes mentioned the ship’s PA incident and he had a good old laugh and ensured us he knew it was Weaves but could never prove it.

Quote!
The enemy invariably attacks on two occasions:
a. when they’re ready.
b. When you’re not.

We were at Canungra for our J training sometime in...
16+ Language Warning

Pte Clayton “Dawko” Dawkins and I were three or four...