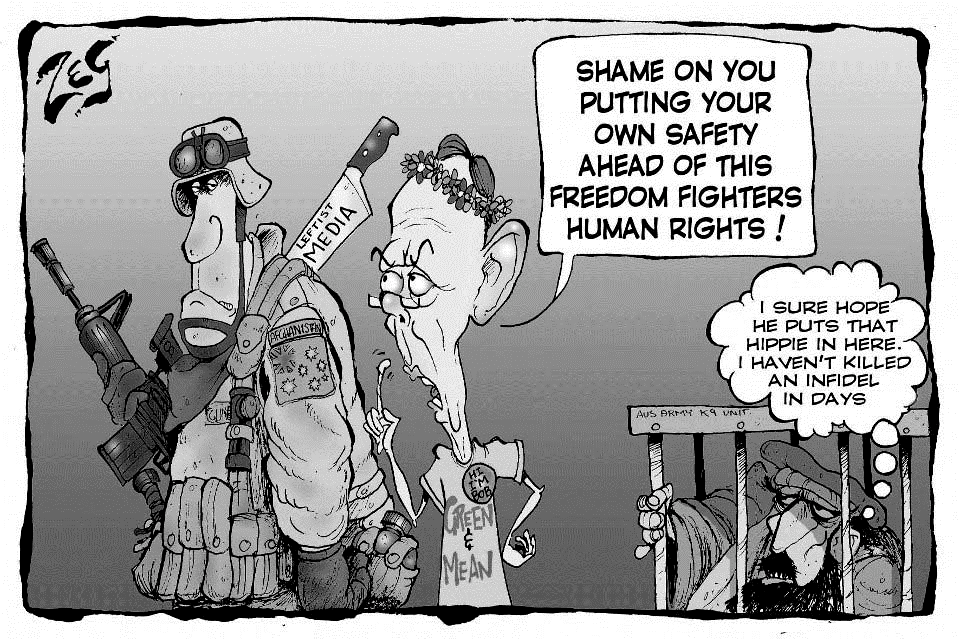 Posted at August 11, 2020 in 16+ Language Warning by admin Comments Off on RECRUIT POUGHMAN By Kemp James, Recruit

We had a recruit whose name was Poughman. He was the biggest clusterfuck I’ve ever encountered. He made it through to Week 4 before getting out; probably the most traumatic four weeks of that poor cunt’s life.
We were at our first PT session and had just been instructed to run everywhere during PT. So off we ran to the next station, except for Ploughie, who strolled across and slipped into his spot in the ranks.
“Who the fuck is that? You – the blond bloke with the docile look in your eyes. Not you, not you, not you, yes you… Get here, recruit!”
Ploughie wandered over to the sergeant. “What did I just tell the platoon, recruit?”
Ploughie ummed and ahhed and stammered and didn’t come up with an answer.
“Did I not just tell the platoon that everyone runs everywhere in PT, Recruit Ploughman?”
“Yes, sergeant.” Ploughie was pretty happy about getting that one right.
“Righto, double away, get back into the ranks!” So Ploughie wandered off back to the ranks. We were trying to keep it together. The sergeant was shaking his head, looking at our NCOs and I could only assume they were hanging their heads in resignation.
“Recruit fucking Ploughman… get back here!” Ploughie once again wandered out to the sergeant. “Recruit Ploughman, do you understand the concept of running?”
“Yes, sergeant.” Two for two, Ploughie was having a good day. “You understand when I say double away and that when I say we run everywhere in PT that you are supposed to run everywhere during PT?”
“Yes, sergeant.” Three from three; this Army business wasn’t as hard as Ploughie thought.
“Righto, back into the ranks then, Recruit Ploughman, double away.” Ploughie started walking back.
“FUCKING RUN, RECRUIT PLOUGHMAN. RUN, RUN, RUN!”
That one sunk in and Ploughie started running.
This sort of thing went on with every new concept introduced to him – rolling up sleeves, getting the rising sun to point to the top of the bed, weapon handling, drill… It was entertaining to watch.

Quote!
If at first you don’t succeed, then bomb disposal probably isn’t for
you.