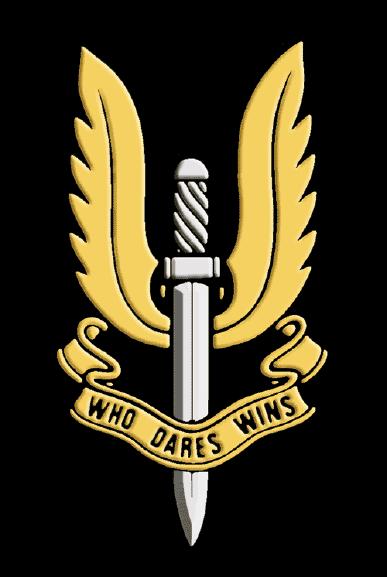 Posted at August 30, 2018 in 16+ Language Warning, Uncategorized by admin Comments Off on SERENITY By Craig Hannan, SASR

I had just been posted to SASR from 1 Platoon A Coy 8/9 RAR in 1980. I was doing the SASR patrol course south of Perth, driving a LRPV to go and pick up some gear for the course. At a T-intersection, I turned left onto a shit narrow road. I’d almost completed the turn when another Rover screamed around the other way with guys hanging off everywhere. They swerved, going all over the road, and screamed through the intersection. I thought nothing of it and carried on doing my job and getting back to base camp.
I was accosted by Capt Mick Hindmarsh, who was also on the course, and asked to step around the back of our 11×11. Never one to back down, I agreed and we stepped outside. Mick got into me about being reckless and stupid so I hit back. We were getting really animated by this stage, with Mick poking holes in my chest and me in his.
Just as we were about to get into each other, WO2 Frank Sykes walked around the corner. He was one of those guys that just looked at you and a cold shiver ran through you. We froze and he asked, “Well, Sir and you, what seems to be the problem?”
Quick as a flash Mick replied, “WO Sykes, we are discussing who will win the league grand final.”
“Well, Sir, you and Trooper Hannan are disturbing the “serenity” and can go and discuss this 100 metres north. Don’t come back until you sort it out.”
He turned and left. Mick looked at me and I looked at him and we burst out laughing and agreed to disagree.

Quote!
The more stupid the leader is, the more important missions he is
ordered to carry out.