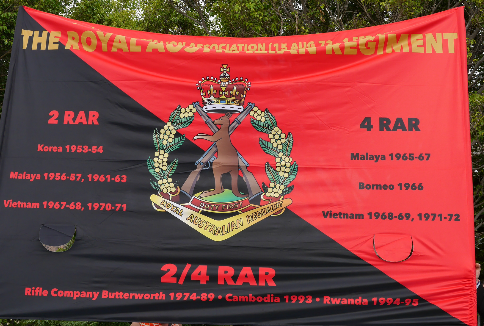 In 1993 A coy 2/4 RAR were out patrolling in a rubber plantation. It came time to harbour up for the night. All the sections split up, taking different harbour sights for the night. At about 2200 hr there was this screaming as if someone was being killed in a horrible way. As we only had the platoon radio and no other way of contacting the other sections, we were left wondering what the fuck had happened. Finally the next day, when the platoons got back together, we found out what had happened. Cpl Mick Landy had felt something pulling at his feet and thinking it was one of his diggers, had kicked out, only to have the shit bitten out of him by a monkey. Nine brave grunts quickly came out of tactical harbour, sleeping side by side for the rest of the night.