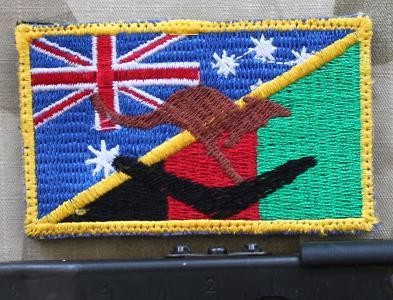 In 2010 I was deployed to Afghanistan as part of Mentoring Task Force 1. For the first few months of this deployment, my section was located in the Mirabad Valley, where we occupied a vehicle checkpoint (VCP) about 500 metres from what was then the easternmost patrol base in that valley – Patrol Base Wali. The VCP was located just past the fringe of the green zone, a 500 metre-wide swathe of lush, green, cultivated land that followed the river and sustained the Pashtu tribesmen who lived along it. Wheat, opium and vegetables were the primary crops, while fruit trees provided shade as well as food.
Being 500 m from Wali necessitated a good working relationship with the section of Afghan soldiers who shared the security of the VCP with us. As mentors, we had to win the confidence of the Afghans, to try and impart our own knowledge on them, and to persuade them to follow through with action when lethargy or indifference took hold of them. This was not always a simple process, as there were many cultural differences between us that had to be overcome. The Afghan tendency to engage in extensive small talk prior to discussing actual business was something that had to be respected, but could draw out a meeting for far longer than might otherwise be required and obfuscate the agenda for both parties.
On one particularly hot summer morning, I’d been invited by my offsider, a sergeant commanding the Afghan soldiers who assisted in the security of the VCP, to meet with him for tea in the shade of the green zone. I accepted his invitation, not because I enjoyed drinking hot tea on a 50-degree day, but because it would afford me the opportunity to build a rapport with him and possibly convince him to have his soldiers construct some small defensive structures on one of the approaches to his position. I also wanted to discourage him from shooting at eagles for amusement, as a recent incident of this nature had caused some concern at Patrol Base Wali, where it was thought at the time that our VCP was being attacked by insurgents.
With this agenda in mind, I sat down by a small aqueduct with my host, found what comfort I could, and prepared myself for the inevitable small talk which would be conducted through my interpreter, a wiry Afghan chap who we’d long ago taken to calling “Bob”. Tea and biscuits were soon produced, while an Afghan soldier seated next to my host took to preparing a cigarette filled with a herb of a different variety. The use of marijuana or hashish was not uncommon within the Afghan National Army, and daily use of it no doubt contributed to the general idleness we were seeking to discourage in this particular unit. My host took the lit cigarette and drew deeply upon it, holding the smoke in his lungs for a period, so as better to savour it. I sipped my hot tea and pretended, perhaps unconvincingly, to enjoy it.
The combination of hot air and hot tea caused the sweat to build up on my brow as my mind toyed with the thought of a cold beer. Although alcohol of any kind was frowned upon in this country, some Afghans I’d encountered had confessed to having sampled Russian-sourced spirits. Sensing the relaxation on the face of my host, I decided that an open discussion of our respective vices might foster a greater understanding between us. Either that or I was so desirous of a cold beer that I couldn’t help but talk about the benefits of that wondrous amber fluid. With “Bob” translating, I took one more sip of my hot, bitter tea and spoke what was on my mind.
“You know,” I said, “Australia is a hot country too, and when we relax, we like to drink beer.”
My host seemed unimpressed. Nevertheless, I continued.
“It is a refreshing drink. It cools you down on a hot day, relaxes the
body, and promotes good conversation and amusement.”
I seemed to have captured his interest, for he replied.
“It may be good for you, but alcohol is not good for us; it is
forbidden,” he said, drawing in the smoke from the smouldering hashish in his hand,. “It makes people sick, and they are unable to work.”
The irony of this statement seemed lost in the acrid smoke that poured from his nostrils and drifted slowly into the air.
“The people become addicts and keep drinking alcohol because of their addiction,” he explained with hollow wisdom, waving the cigarette to emphasise his point. I looked across at the fields of opium poppies that grew not 100 m from us, and silently decided that an argument was not going to further our relationship. By now, he was turning the conversation to examine and expose what he considered to be my own addiction.
“Do you drink alcohol every day in Australia?” he probed.
“I do,” I conceded. “I enjoy a beer after work or a glass of wine or
two with my dinner. On weekends, I have more drinks with my friends because I will not have to work the next day.”
My admissions seemed only to reinforce his existing perception of alcohol as a debilitating vice. He smiled, nodded to himself, and inhaled the last remaining vapours of his hashish cigarette.
“And that,” he pronounced with all the gravity a man in his condition could muster, “is because you are an addict.”
Smoke poured out with his words, and together they hung in the air as he reclined by the aqueduct to enjoy the effects of the hashish. I sipped the hot tea, unsure of what I could say to reason with the man. The fortifications were not built that day, but at least no eagles were shot at either.

Quote!
If it’s stupid but it works, it isn’t stupid.