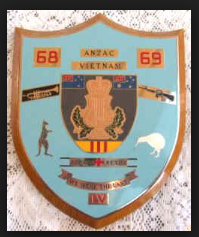 Posted at August 30, 2018 in Uncategorized by admin Comments Off on THE HEADS By Daryl (Vic) Morrow, 4 RAR/NZ

While heading to Vietnam on the Australian troopship HMAS Sydney, commonly called the “Vung Tuy Ferry”, I was using the heads (toilets) one day and found I was sharing the urinal in the company of a Pusser. He finished first, went to the small sink and began washing his hands. I finished my squirt, gave the old boy a shake, then tucked it away and walked past the sailor and headed out of the heads. He then said to me, “That’s disgusting, ya filthy Pongo. In the Navy we were taught to wash our hands after taking a leak.” I turned back and said to him, “In the Army we were taught not to piss on our hands, Pusser.”
Note:
The Navy personnel called soldiers “Pongos”.
The reason was that after the Army left, the “pong goes”.
The Army called sailors “Pussers”.
The reason was if the sailors got scurvy, they would be covered in
pus-filled sores.