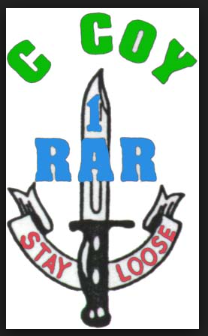 B Coy 1 RAR was sent to Rockhampton for Exercise Barra Winger in November ’66. For the first two weeks we were camped at Pink Lily on the outskirts of the city where we helped in the building of the camp prior to the beginning of the exercise.
We were then taken to Shoalwater Bay Training Area and positioned on a peninsular pointing towards Townsend Island, which is still used as a target range for aircraft.
Each platoon was given a week to build a “VC” camp in the scrub. We set about building our new homes well above ground, which was a good thing because a few nights later a mob of pigs assaulted the camp, causing a fair amount of damage and scattering the chooks we’d penned up at the base of a tree. We were issued with 303s, blank ammo and five rounds of live ammo in case we received a visit from one of the many sea-going crocs that were known to inhabit the area. (We were only a few yards from the mangrove channels).
A couple of us had brought along handlines and would perch on top of the mangroves and fish in the channel. We quite often saw a log drifting along in the opposite direction to the tide and beat a hasty retreat.
Our main task was to act as enemy for the pommy Red Berets so we dug panji pits (minus the stakes of course) and spider holes. We set up booby traps (we’d had a bit of experience with them) and had a sentry post on top of a nearby hill.
The day finally came when we received word from the sentry that choppers were on the way so we prepared to make a fighting withdrawal. The choppers came in and the Red Berets spread out. We fired off a few blanks to let them know we were there, then sat back to watch the fun as they set off the traps. As they cleared the area, we began melting into the scrub and prepared to spend the next week or so using guerrilla tactics against our “enemy”.
We soon found that the Red Berets would NOT follow us into the mangroves so that became our often used escape route.
By the ones and twos, we were being “captured”. There was only about one section of us left. We ambushed a patrol and took off into the scrub, splitting up and intending to meet later on.
I discovered that I was being tracked so I took off at a pretty fast clip with a couple of Poms on my tail. Now, these blokes were wearing full webbing while I only had a water bottle and a basic pouch on my belt. I led those buggers a merry chase over two hills and halfway up a third where I collapsed in a heap, gasping for breath and was captured by two Poms that weren’t anywhere near as buggered as I was. And so began my two days of captivity.
Upon returning to Pink Lily, we were tasked with helping to dismantle the camp, which suited us fine as we had leave every night, which gave me the chance to catch up with a girl I’d met not long after arriving there. One afternoon, one of my mates, Peter Boehm, and I were walking into town and were passing the swimming pool. Pete suggested we try to hire some togs and have a swim to cool off so in we went. We were told that the pool was closed to the public that afternoon as the water ballet was practicing its routines but we could go in to watch them, which we did. A group of young women in swimming togs was an opportunity too good to miss.
After we’d been there a few minutes, one of the girls got out of the
water and sat on the side of the pool, massaging her foot. Being the helpful bloke I am, I went over and asked if I could massage her foot for her. I was told in a very ladylike way to get lost.
Pete and I decided we weren’t going to do any good at the pool so we set off again for town. A few minutes later, a Holden ute pulled up and offered us a lift. It was the girl with the cramp in her foot. To cut a long story short, I wound up marrying her and she’s put up with me for 45 years.

GREENBANK SUBJECT 1 AND 2 FOR CORPORAL By Chris Nelson,…

When I was on my subject course for promotion in...
16+ Language Warning