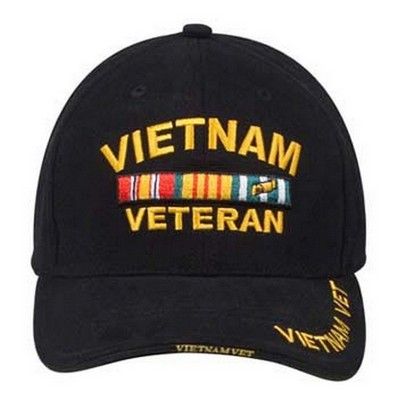 Posted at August 12, 2020 in 16+ Language Warning by admin Comments Off on VET, CAPS AND MORONS By Bob Meehan 4 RAR/NZ

My best friend from my VVAA days in Sydney sent me a Vietnam Veteran cap. I’d never had one of this style before, and I was pretty hyped about it, especially because my friend, Mick Scrase was considerate enough to take the time to give it to me.
One day, I wore it when I went to Bunnings. There was nothing in particular that I needed at Australia’s largest hardware store but since my retirement trips to Bunnings to look at the Bunntians are always good for some comic relief. Besides, I always feel pretty normal after seeing some of the people that frequent the establishment. But, I digress… enough of my psychological fixations.
While standing in line at the checkout, a young bloke in front of me, probably in his early twenties, asked, “Are you a Vietnam Vet?”
“No,” I replied.
“Then why are you wearing that cap?”
“Because I couldn’t find one from the war of 1915.” I thought it was a snappy retort.
“The war of 1915, huh?” the Bunntian queried. “When was that?”
God, forgive me! I couldn’t pass up such an opportunity.
“1939,” I answered as straight-faced as possible.
He pondered my response for a moment and responded.
“Why do they call it the war of 1915 if it was in 1939?”
“It was a Black Op. No one is supposed to know about it.”
This was beginning to be way too much fun!
“Dude! Really?” he exclaimed. “How did you get to do something that COOOOL?”
I glanced furtively around me for effect, leaned toward the bloke and in a low voice said, “I’m not sure. I was the only Caucasian on the mission. The rest were Aboriginals.”
“Dude…” he was really getting excited about what he was hearing, “that is seriously awesome! But didn’t you kind of stand out?”
“Not really; the Aboriginals were wearing white camouflage.”
The moron nodded knowingly.
“Listen, mate,” I said in a very serious tone, “you can’t tell anyone about this. It’s still ‘top secret’ and I shouldn’t have said anything.”
“Oh yeah?” He gave me the ‘don’t threaten me’ look.
“Like, what’s gonna happen if I do?”
With a really hard look I replied, “You have a family, don’t you? We
wouldn’t want anything to happen to them, would we?”
The bloke gulped, left his trolley where it was and fled through the door. By this time, the lady behind me was about to have a heart attack as she was laughing so hard. I just grinned at her.
After checking out and going to the parking lot I saw Dumbfuck leaning in a ute’s window talking to a young woman. Upon catching sight of me, he started pointing excitedly in my direction. Giving him another deadly serious look, I made the ‘I see you’ gesture. He turned kind of pale, jumped in the ute and sped out of the parking lot.
What a great time! Tomorrow I’m going back with an ASIO cap.
Whoever said that retirement is boring just needs the right kind of cap!