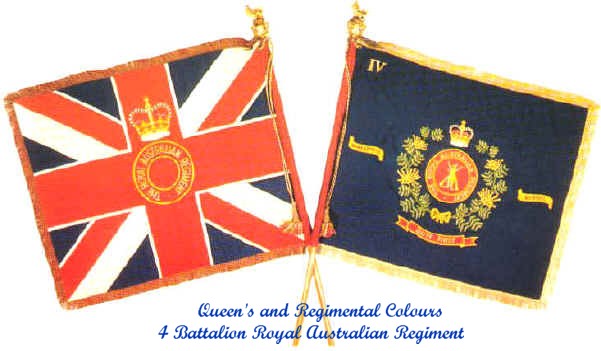 WHO GOES THERE? By Bob Meehan, 4 RAR/NZ

It was on our first trip up in High Range – a military training area about two hours north of Townsville. The exercise was called “Flintstone” held during August 1970. It was a joint exercise between the battalion and our supporting artillery unit – the 104 Battery. We were to help build and defend a fire support base (FSB). A fire support base is designed to provide artillery fire to infantry operating in areas beyond the normal range of direct fire support from their main base.
It was one of the first times I’d ever dug a gun pit. The ground was so full of rocks that it made it extremely hard to dig. I remember getting blisters for my efforts. It was cold at night and very uncomfortable to sleep, with the sharp splinters of rocks causing me discomfort. During the night the artillery blokes began to sneak out and act as the enemy and probed our perimeter, looking for any weak points, plus our gun and rifle positions. On hearing noise to my front, I issued a challenge, “Who goes there?” The reply was “Ho Chi Minh.” Knowing that you do not fire your weapon at night unless directly threatened, as to do so would give your position away, I improvised by picking up a rock. I then lobbed the sizeable rock in the vicinity of the voice, while calling out “Grenade”. A scream of despair was heard, plus the words to the effect of “Fucking C#*T.” The rest of the night was uneventful.